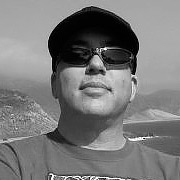 Starting in 1982, Dean Deakyne has been tattooing for over two decades. Early in his career he was heavily involved in the tattoo circuit which led to a rapid advancement of his skills. He eventually moved to Southern California and opened two tattoo studios (Sick & Twisted Productions and Orange County Ink). Deciding to further advance his art, he left the studios to pursue new artistic endeavors at the Gnomon School of Visual Effects. Dean has won numerous international tattoo awards and has been featured in newspapers, television and magazines world-wide.