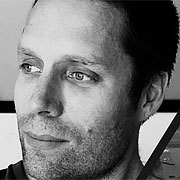 Yohann Schepacz is a French conceptual designer and illustrator known for his work in the film and video game industries. A life-long love for playing games, readings comics and learning about nature, science and art pushed him to take on the challenge of teaching himself to draw and paint for a living. He spent his twenties travelling overseas and working within many diverse creative environments where he honed his design and illustration skill-set, while fulfilling his love of discovering new places and culture and learning about the world. In 2012, he relocated to Canada and joined Eidos Montreal. Over his five years with the company, he took part in the visual development of projects such as Rise of the Tomb Raider, Shadow of the Tomb Raider, Deus Ex: Mankind Divided and others, mostly as an environment concept artist. Yohann has since began freelancing full-time and created his own outsourcing studio OXAN along with his life-long partner Lian. He is now working for a wide variety of clients such as LionsGate, Disney, ArenaNet, Ubisoft, Guerrilla Games, Konami and 20th Century Fox.