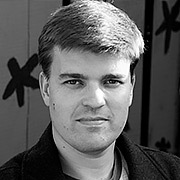 Jeremy Vickery has had an interesting career in varied aspects of film and game production. He is currently a Lighting Supervisor at Axis Studios in Glasgow, Scotland. He previously worked for over seven years as a Lighting Artist at Pixar Animation Studios on films including The Incredibles, Cars, Ratatouille, Wall-E, Brave, The Blue Umbrella, Toy Story of Terror, and Inside Out. He’s also worked as a freelance concept designer and illustrator for clients including Disney, LEGO, Ubisoft, Sony, Mattel, and many other companies, big and small.

At the beginning of his career, he worked as 3D Modeler and Texture Artist for the animated children’s series, Veggie Tales, and later as the Director of Lighting on the animated feature film, Delgo. He also had a short five-year adventure in the gaming world, first at Ubisoft in Quebec City, Canada, as an Assistant Art Director on Assassin's Creed Odyssey, and then as a Lighting Artist at Naughty Dog working on the game Uncharted: The Lost Legacy, and finally at Sony Bend Studio as the Lighting Lead on Days Gone.