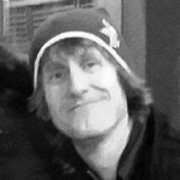 Chris Kirshbaum is an animator, teacher, and public speaker whose work has appeared in more than 25 feature films, as well as several shorts, DVD extras, and holiday TV specials. He has worked in 2D animation as a Special Effects Artist and in 3D animation as a Character Animator.

In addition to animating at DreamWorks, Chris has worked as both a Lead and Supervising Animator at Cinesite in Montreal, and has mentored many students in the production of their short films. He has taught for more than 7 years at Gnomon School in Hollywood and also teaches for other schools, in addition to The Gnomon Workshop.