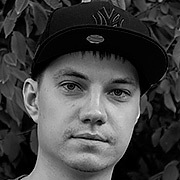 Igor Staritsin is a Senior Concept Artist working in the film and video game industries. He has worked for various visual effect companies all over the globe, including ILM, Method Studios, Digic Pictures, Axis Animation, Warner Brothers, MPC, Pixomondo, Disney, and National Geographic. He has contributed to a wide range of projects such as Star Wars, Ant-Man, Ford v Ferrari, Uncharted, Maleficent, Godzilla, and Game of Thrones to name a few.

Igor has also been featured in several books, including Ballistic Publishing’s D'artiste Matte Painting 3, with nine of his matte-paintings. He has a background in traditional painting that helps inform his digital art.