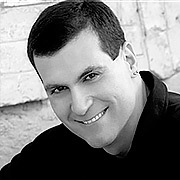 Cesar Luis Dacol Jr. has worked in the film industry for nearly twenty years. He started his career in the make-up effects industry and transitioned to digital effects in the mid 90's. With a background in anatomy and traditional sculpting, he quickly adapted to the 3D world of computers. For the past five years Cesar has worked primarily as Lead and Modeling Supervisor, contributing to many feature films such as 300, Barnyard and Fantastic Four.