Gnomon is excited to welcome creative and architectural design firm Kilograph as well as the American Society of Architectural Illustrators for an in-depth look at architectural visualization and design in films, television, and games.

As a kick off to the American Society of Architectural Illustrators’ annual Architecture in Perspective conference weekend, join us for a panel discussion exploring the development of compelling visual narratives around future cities and the influence of contemporary architectural representation in entertainment design. Panelists will discuss their expertise in creating compelling imagery of architecture and atmosphere in a variety of applications and exploring human relationships with the experience of places. Whether imagining futures or designing fantasy concept art, what matters in the end is more about the story you’re trying to tell and if it allows the idea it represents to emerge.

This event is free and open to the public, but space is limited, so be sure to RSVP and arrive in good time to secure a place in line. If you are unable to attend the event in person, you can watch the live stream on our Twitch Channel.

Attendees are welcome to join a guided tour of Gnomon before the event. The tour will start at 7pm from the check-in station. Attendee check-in will open at approximately 6:30 PM and a valid Eventbrite RSVP will be required to get an event wristband. Admission is first-come first-served and a wristband does not guarantee entry in cases that the stage reaches capacity.

The Architecture in Perspective conference invites students, professionals and enthusiasts of architecture and environmental art to join other artists and design professionals from around the world to share in their common passion. This year, the conference will be held in sunny Hollywood CA for three days of sharing ideas, techniques, and a love for architectural illustration. If you'd like to learn more about the conference, please visit ASAI's website.

Gnomon's Bachelor of Fine Arts, Certificate in Digital Production, and 10-week individual courses are designed to develop well-rounded artists that are skilled in the diverse disciplines within 3D production. For those outside of the US, virtual classroom-style online courses are also available. 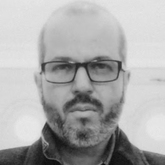 Based in Paris, Eric de Broche is an architect and graphic designer. He founded his first visualization studio, Auralab, followed a few years later by Luxigon. Presenting strong visual experiences in a highly codified and somewhat boring field, his images quickly seduce famous architectural firms, which have in turn promoted Luxigon as one of the most distinctive 3D renderings studios worldwide. 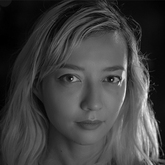 Joy is the CG Art Director at LA-based AR studio ARwall. Her diverse experience in virtual production and video game design have helped studios adapt to new methods of graphic artistry, digital set design and beyond, with work on projects including the Battlefield series, ADR1FT for Oculus, Disney’s live-action Lion King, and the upcoming 20th Century Fox films Avatar II and Avatar III. 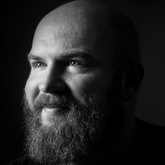 Mike Golden is the founder of Three Marks, a small visualization studio specializing in luxury residential marketing imagery and the Head of 3D for Kitbash3d, a company dedicated to enabling and inspiring artists to build their own worlds. Prior to opening his own studio, he worked as an Art Director of CGI for DBOX and as the in-house visualist for Thomas Juul-Hansen. 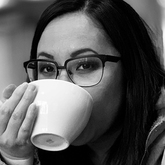 For the past decade, Tran has worked on various films, from the Transformer franchise, to Alice in Wonderland, Krampus, and Godzilla: King of the Monsters. Her specialization varies from creature design, character creation, and environment creation. She has a broad range of skills, including organic sculpting, hard surface modeling, texturing, look development, and lighting. Currently, she's focused on film making as a writer and production designer, which has shifted her interest into set design and architecture. 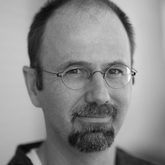 Chris is a CG industry veteran and Director of Chaos Group Labs. He can also be heard regularly as the host of the CG Garage podcast which attracts 20,000 weekly listeners. With a background in both VFX and design, Chris has worked for Gensler, Digital Domain, Imageworks, and Method Studios. His credits include Maleficent, Oblivion, and Tron: Legacy.